Why You Must Not Ask For Multiple Web Designs 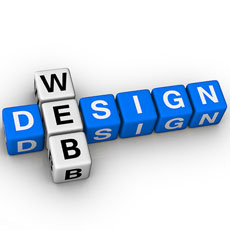 The common idea when dealing with Lakeland web design company is that the client can and should ask for multiple web designs. While any designer won’t say no to that, it is not really a sound idea. If the web designer tells you that, you may think that it was only because he/she doesn’t want to add more to his/her duties.That could be true, of course. But there is also a good reason why they don’t like doing this, and it’s usually for the benefit of the client. For the client, though, this might mean that the web designer is not cooperating, and that he/she is insisting his/her own ideas.

The perception with seeing multiple designs is that the business owner can decide better when he/she sees different design elements. They think they have better control over the design of the website when they are shown different designs. Unfortunately, that is not always the case.

What happens is that these business owners would see one or two elements they like on Design A, another on Design B, and so on and on. They would lose focus on what’s important, which is to attract more visitors to the site. They would see the website as nothing more than a visual concept.

When you see different pairs of shoes in a store, can you pinpoint just one particular pair that you like? No, right? You see everything you want in a pair then from the other, and so on. Somehow, you’re designing the perfect pair of shoes in your head without the means to do it.

The problem with seeing multiple web designs is that you would want to combine all the elements you like in one website, and that is not actually possible when you think about it. Any good designer would tell you that not all elements you like can go together. And if they do that for you, it would look disjointed—like the Frankenstein monster.

What you should do instead is to get involved and to work closely with the designer. Most designers would want to work alone until they would present the design to you. By this time, they are too heavily invested on the design and they wouldn’t want to change it, no matter what you say. Work closely with the Lakeland web design company in coming up with the mood boards, the initial sketches, and the wireframes.